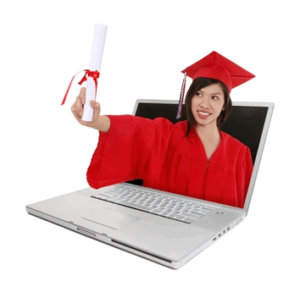 In January 2011, President Obama unveiled a White House initiative to double the number of Americans studying abroad in China through various student exchange programs. While this initiative was relatively low profile and included no funds from the government, it does underscore the importance of China in the world’s economy and for international relations in the future. It also highlights the significant opportunities for Americans to learn from and about China by studying in Chinese schools.

At the time that the president announced this initiative, there were approximately 13,000 Americans studying in China. Although the president’s target has not been reached as of this date, the number of Americans studying in China has increased considerably. China is now the eighth most popular destination for students wanting to study abroad. There are a number of hurdles in the way for students, the most significant being the need to learn Chinese, a difficult language for English-speakers to master, particularly in view of the poor array of offerings in American colleges of courses in that language. American colleges are also lacking in courses in Chinese literature, culture, and history. Correcting these deficiencies isn’t something that can happen overnight.

In addition, a question exists as to how much capacity China has in its institutions for foreign students. While Chinese colleges and universities have more than twenty million students, making China’s the largest educational system in the world, one must always bear in mind that China is also the largest country in the world, with a population more than three times that of the United States. That being the case, it’s uncertain how many foreign students China can accommodate, given the educational needs of its own people. That said, on February 2012, the Ministry of Education of the People’s Republic of China claimed the number of foreign students in the country at 292,611, which is of course a lot more than the number of Americans enrolled in Chinese schools at the time of the president’s announcement a year earlier.

Why Study Abroad in China?

There are many reasons why students might want to study abroad in China, both reasons of short-term economics and those of longer-term cultural expansion. China is a rapidly-developing country on the verge of becoming a modern nation. Although the country faces severe challenges arising from its large population and consequent environmental and resource issues, as well as political and economic challenges arising from the transition of its population from mostly rural people with a low level of education to mostly urban people with higher education levels and higher expectations, if it successfully negotiates these difficult challenges it will be in a dominant position in the world’s economy, simply due to being the largest country in the world, with potentially the world’s largest and wealthiest economy. In a nutshell, China’s challenges are also China’s opportunity.

For Americans in particular, China represents a significant rival of the U.S. for dominance of the global economy. The United States has at present the largest single national economy in the world (although it is smaller than that of the European Union taken as a whole), but that cannot be expected to endure as China develops its vast potential. The rivalry between the two countries is primarily economic and not, as it was with the Soviet Union, military and geopolitical. As such, the more Americans know about China as a country and about the Chinese economy in particular, the better for the United States. Also, trade relations between the two countries are and will remain of great importance, and the ability to understand Chinese language, culture, and business will accordingly be important to the career opportunities facing Americans in the future.

The increase in American students choosing to study abroad in China is actually part of a global trend towards the emergence of the international student. As nations struggle for competitiveness in the rapidly-changing economy, as demand for low-skill and low-education labor is declining due to advancing automation technology, demand for highly-educated, highly-skilled workers is increasing and these positions are increasingly difficult to fill even in the face of today’s high global unemployment levels.

There are several organizations that facilitate the efforts of American students to study abroad in China. These include the China Education Center, a Chinese web-based information network providing help to students; Minds Abroad, a U.S.-based organization interfacing with study abroad programs in both China and India, and serving both individuals and faculty-led groups; The Education Abroad Network (TEAN), which sponsors study abroad programs in China, other locations in Asia, Australia, and New Zealand; and several other groups. Studying abroad in China has become a growth industry.

This is a trend that should surely be expected to continue. The need for Americans and other foreigners to understand China and the Chinese is only going to increase as China continues to modernize and emerge onto the world stage. That being the case, opportunities to study abroad in China will almost certainly increase along with the demand for such opportunities over the coming decades. Students who are interested in taking advantage of these opportunities would be well advised to plan ahead and evaluate the various companies and agencies, both Chinese and local, that can help a student to study abroad in China.